Sligo has always had a strong base of traditional Irish music, and the development of the music in the county and beyond has developed over the years into what has become known as the Sligo Style of fiddle playing.

This style was first developed in the latter stages of the 19th century in the homes of rural south County Sligo, where musicians, friends and families would meet and share music. Because of the proliferation of musicians in the area, tunes and styles were shaped by those in attendance into what became a unique way of playing music, which became a badge of identity for those involved. Teachers like Philip O’Beirne were also fundamental in nurturing young musicians to develop their own style in what was a petri dish of musical interest and talents.

Later, as the music became more widely played – due in no small part to the emigration of some of the greatest exponents to places like the United States – the Sligo Style became more widely known, especially due to the commercial recordings of renowned fiddle players like Michael Coleman, James Morrison and Paddy Killoran. These fiddle players all lived in New York, where their arrival coincided with the birth and growth of the gramophone industry, and they became recording stars in their own right. Their style of music became so widely known that it has been handed down through generations of New York fiddle players, developing into what has become known as the New York Sligo Style.

The stories of these musicians was made into a film titled The Sligo Masters, which featured the music of Michael Coleman, James Morrison and Paddy Killoran, which was produced as part of Fleadh Cheoil na hÉireann in 2014. In 2020, another film was produced, this time featuring the life in music of James ‘Lad’ O’Beirne, another famous Sligo musician who lived for much of his life in New York.

Below, we outline the short biographies of some of those people who helped develop and grow the Sligo Style of fiddle music. Should you get the chance, much of the original recordings have been mastered and can be listened to at the Coleman Heritage Centre in Gurteen, Co. Sligo, and at the Irish Traditional Music Archive in Dublin. 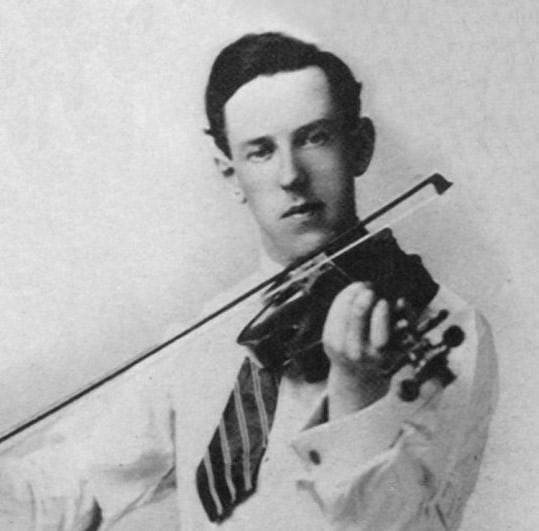 Michael Coleman was born in the townland of Knockgraine, Killavil, Co. Sligo on 31st January 1891. His father, James Coleman, came from Banada in County Roscommon. He married Beatrice (Beesey) Gorman from Knockgrania. They set up home in Knockgrania. James was a well-respected flautist. The family home quickly became a focal point for local musicians. The house became known locally as “Jamesy Coleman’s Music Hall”.

Coleman was the seventh of their children and a surviving twin. From his earliest days he showed a keen interest and a proven ability in both step dancing and fiddle playing. Among the local musicians who influenced his musical development were; Philip O’Beirne, P.J. McDermott and John O’Dowd. His elder brother Jim enjoyed local regard as a master fiddler. Jim encountered Johnny Gorman the travelling piper from Derrylahan in Co. Mayo. He incorporated some of Gorman’s piping techniques into his own style of play.

In 1908, at the age of seventeen, Coleman left school. He continued to pursue his love of music. In both 1909 and 1910 he was placed as joint third at the Sligo Feis Cheoil. In 1914 he went to Manchester to live with another of his brothers, Pat, but returned home after a few months. He set sail for America with his friend John Hunt in the autumn of the same year.
After arriving in New York he began work as a performer with Keith Theatres, a travelling vaudeville show, with venues in many of the major U.S. cities. After a few years on the road he settled in New York, and in 1917, he married Marie Fanning from Co. Monaghan. They had one daughter, Mary.

In 1921 Coleman began his recording career. His first record was produced by Shannon Records. Later that same year he recorded with Vocation Records. During the 1920’s and 1930’s he made more than eighty commercial recordings with major recording companies. His final recording was made in 1936. His records have had major influence on musicians back in Ireland. Their influence on traditional music have lasted longer than his own short lifetime. Coleman was certainly one of the most influential traditional musicians of the twentieth century.

On the 4th January, 1945, Michael Coleman died in Knickerbocker Hospital, Manhattan. He was 54 years of age. He is buried in St. Raymond’s Cemetery, The Bronx, New York. 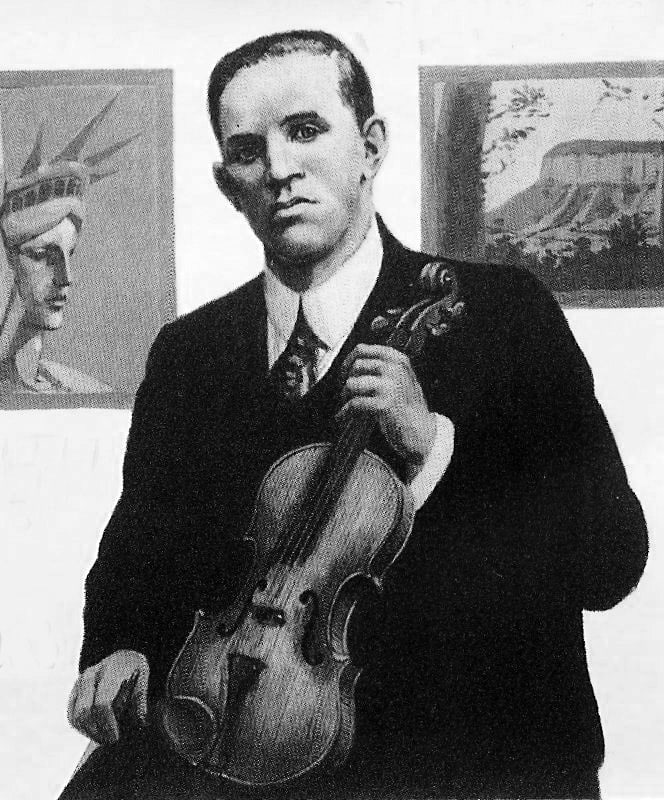 James Morrison was born in 1891 at Drumfin near Riverstown in County Sligo. He grew up in a community steeped in traditional Irish culture especially music. At the age of 17 he was employed to teach step dancing at the Gaelic League school in County Mayo.

In 1915, at the age of 21, he emigrated to America and settled in New York. In 1918, he won the fiddle competition at the New York Feis. He became associated with other leading Irish musicians such as Michael Coleman and Paddy Killoran; both of whom were also from County Sligo.

In the 1930s and ’40s Morrison was one of the leading Irish music teachers in New York. In addition to the fiddle, he could also play the flute and button accordion. He wrote a tutor for the button accordion. He taught hundreds of young Irish-American students how to play traditional music on various instruments.

He recorded extensively in the 1920s and 1930s and his records had an influence on the fiddle playing in the North West and throughout the rest of Ireland. 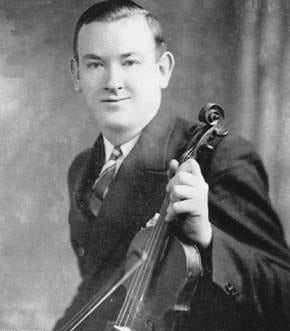 Paddy Killoran was born near Ballymote, County Sligo in 1904. In the 1920s he emigrated to New York. There, under the guidance of James Morrison, he refined his fiddling techniques. He soon launched his own career as a recording artist and band leader. He made dozens of 78 rpm discs either as a soloist or in duets with Paddy Sweeney, a fellow fiddler from Sligo. In the 1950s he recorded some tracks with Sligo flute player Mike Flynn.

Killoran was the leader of “The Pride of Erin Orchestra.” His band was occasionally hired to play on trans-Atlantic liners. This allowed him to make occaional visits to Ireland. Among those visits he and visited Sligo and his wife’s home in Miltown Malbay, Co. Clare. He was interviewed on Irish radio during one of these trips.

Martin Wynne was born in the townland of Everlawn, Bunninadden, in 1913. He grew up in an area renowned for traditional Irish music and he took up the fiddle at a young age. He emigrated to London in 1937. By that time he had already composed some of the tunes for which he would later become famous. In the English capital, he met and played with musicians from every part of Ireland, many of whom made ‘Martin Wynne’s Reels’ part of their permanent repertoire. Wynne returned to Sligo in 1939 and remained there until the end of the Second World War.

Returning to London in 1946, he joined a céilí band run by Johnny Muldoon, another Sligo man, and performed in Muldoon’s dance halls: the Garryowen in Hammersmith and the Shannon Club in Kilburn. Among Wynne’s musical associates in London were the Limerick flautist, Paddy Taylor, and Joe O’Dowd, a renowned Sligo fiddler, with whom he made a rare 78 rpm recording.

In 1948, Wynne followed the path of many other Sligo fiddlers and took the boat to America. After a brief stay in Buffalo he moved to New York City and settled in the Bronx. He found work with Con Ed and later with the US Post Office. Wynne arrived in the Bronx too late to meet either Michael Coleman or James Morrison. Both of these musicians died in the mid-40’s. However Wynne did meet Paddy Killoran and James ‘Lad’ O’Beirne, another great south Sligo fiddler.

O’Beirne’s circle included the cream of New York musicians in the 1940’s and ‘50’s. These included the fiddlers Andy McGann and Paddy Reynolds. Reynolds, a Longford-born fiddler became a close musical associate of Wynne.

Wynne had a great influence on younger New York musicians. In the 1970’s the late Tyrone fiddler Jim Conway prevailed upon Wynne to tutor his son Brian in the intricacies of the Sligo style. Wynne obliged and Brian won the All-Ireland senior fiddle championship in 1986.

Martin Wynne was honoured at Fleadh Cheoil na hÉireann in Sligo in 1989 when he was designated as honorary President – the first such title in the history of the Fleadh. He died on January 6th, 1998, in Buffalo, New York.

James ‘Lad’ O’Beirne was born in 1911. He was a son of Phillip O’Beirne, a figure central to the development of the famous Sligo style of fiddling. Michael Coleman was one of the many musicians who became a pupil of what could be called the ‘O’Beirne School’.

Lad went to America in 1928, but made no commercial recordings of his music. He did, however, make a number of private recordings, some on a tape recorder of his own design and construction. His own style was of the flamboyant Sligo type, technically more like Coleman’s. He is marked out as one of the major Sligo traditional fiddle players. Lad died in 1980.

Andy McGann was born on October 5th 1928 in the South Bronx area of New York. His father, also Andrew, came from White Gates in Ballymote. His mother, Margaret Dwyer, emigrated from Keash and she met and married Andrew McGann in New York. They had two sons, Andy and John.

The McGann brothers took step dancing lessons from Kerry dancing teacher, Sean Murphy. McCann was introduced to the fiddle by J. P. Cuffe. later he learned more tunes from Catherine Brennan–Grant. He was surrounded by significant musicians in South Bronx. Paddy Killoran lived there as did his partner on many recordings, Patsy Sweeney. Other fiddle players living there included Tim Harte, Patsy Cauley and John Mc Grath, a noted fiddle player, teacher and composer from West Mayo. Both the accordion and concertina player Charlie Mulvihill and James ‘Lad’ O’Beirne also lived nearby.

Listening to and playing with many of the great exponents of Irish traditional music, McGann matured and became a ‘great’ in his own right. In 1948 he met the Longford-born fiddle player, Paddy Reynolds. For many years they played at céilis, weddings and sessions. When accordion player, Paddy O’Brien, arrived in the 1950s McCann teamed up with him for many a session. In the 1960s Joe Burke landed. McCann joined him for the recording of an L.P. entitled ‘A Tribute to Michael Coleman’. This L.P. features many of the tunes recorded earlier by Michael Coleman. They later recorded a second L.P. entitled ‘The Funny Reel’. McCann later recorded a solo L.P. with accompaniment by Paul Brady.

Mc Gann was honoured at the All Ireland Fleadh in Sligo in 1990 when he was designated as Fleadh President. On Sept. 4th, 1992, in St. Brigid’s Hall in Tubbercurry, he headed a host of top musicians at the Sligo Fiddlers Commemorative Concert which lauded an array of fiddle “greats”. His name is inscribed on the commemorative plaque in Tubbercurry Square. He died on July 14th, 2004, and is buried in St Raymond’s Cemetery in the Bronx, alongside Coleman, Killoran and Morrison.